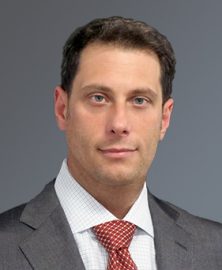 Matthew Blit is a founding member of Levine & Blit. He is a highly regarded employment lawyer that is known nationwide for his efforts against workplace discrimination. He is a proven trial lawyer that has secured multi-million dollar verdicts and multi-million dollar settlements.His success has been recognized by Super Lawyers and various legal organizations including but not limited to The Multi-Million Dollar Advocates Forum for the verdict he secured in Bartley v. The City of New York*; Top 40 Under 40 Labor & Employment Lawyers in the State of New York by the American Society of Legal Advocates*; and recognized by The National Trial Lawyers Top 100 Trial Lawyers*.The New York Post has labeled Matthew as a “high powered attorney;” he was profiled by the New York Daily News, and he is often quoted by Forbes and various other magazines on employment law issues.Regardless of the situation, Mr. Blit is dedicated to helping employees that were wrongfully terminated fight back and get the justice they deserve.Whether it is helping you keep your present job, negotiating a severance agreement, or taking your case to trial, Mr. Blit is the only attorney you want on your side.If you are interested in working with Matthew Blit, you can contact Mr. Blit by email.

* Although recognized by these organizations for his achievements, Mr. Blitrespectfully declined their invitations for membership.

Learn how our respected employment law attorneys can help you fight for justice after being treated improperly by an employer. Call our Los Angeles office at (310) 281-0100 and we will evaluate your case over the phone. You may also fill out our contact form and expect a prompt response from a member of our firm. We serve clients throughout the state of California.

Don’t Let Them Get Away With It.

TALK TO AN ATTORNEY TODAY.